Home Social Media Tips The Ins and Outs of Tagging

The Ins and Outs of Tagging

Tagging in a social media context is a way of adding additional short pieces of information to a piece of content that define its subject. Depending on the social network in question, the tag can be a person, keyword, or in Facebook, a page or event as well.

Tagging is useful because you can reference exactly who/what you are talking to/about (and that tag becomes a link, either to the profile of the person, organisation or event in question, or to other things that have the same keyword), and that person/page is notified that they have been tagged.

Tagging was first and foremost used on Facebook to accurately “label” people in photos, so that you could see the names of the people in the photos as well as which person in the photo that name belongs to; the tag also creates a link to that person’s profile. When someone is tagged in a photo, that photo also appears in that person’s own photo albums without them having to download the photo and upload it themselves.

The tagging of photos is often misused, where photos are tagged with people not appearing (and not directly relating) to that photo, as a way of getting their attention and ensuring that they see it. For example, a graphic of a Christmas greeting may be uploaded, and then a large number of people tagged to “send” them that greeting. More examples of inappropriate tagging of photos can be found at “The Unspoken Etiquette of Facebook Photo Tagging“.

With the advent of Timeline on Facebook, tagging a photo places it on that person’s timeline too, which make inappropriate tagging more of an issue that pre-Timeline. It is possible to remove a tag, but that takes extra steps.

The correct way of sharing or “sending” a photo with someone who does not actually appear in an image, such as a greeting or infographic, is to either: 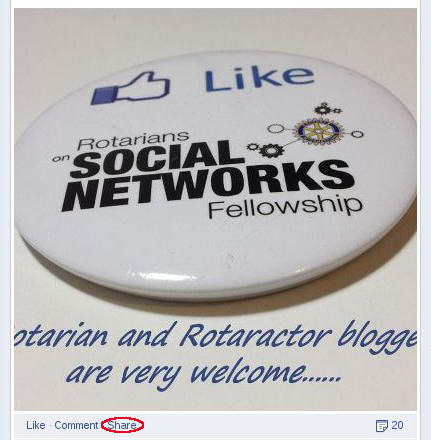 It is posible to adjust your settings on Facebook so that you must approve tags before they appear live to others.

You can then toggle the settings: 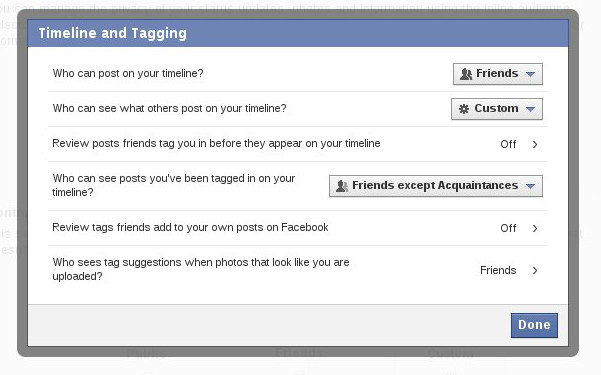 Tagging people or pages in statuses and comments

You can create a link to a profile or page in Facebook or Google+ by using a tag in a status or comment.

If you are responding to a person in a comment, tagging them at the beginning of your response is an excellent way to (a) notify them that you have responded, and (b) show exactly which John or Mel or Steve you are speaking to.

In Facebook, to add a tag, type the “@” symbol. Then, as you start typing additional characters, Facebook will try to match what you are typing to people in your friends list (if used on a person’s profile / timeline), members of that group (in a group), a page (when used on a person’s or page’s timeline) or an event (on a profile / timeline). When a suggestion appears that matches who or what you are trying to tag, simply select it – it will appear highlighted in blue until you Save your post, at which time it will resolve to a link to the person / page / event in question.

Taken from: “Tag Friends in your Status and Posts | The Facebook Blog“

If you are tagging a person, it is not necessary to use the “@” symbol – if you type a capital letter, Facebook will quietly start matching names against what you are typing, and as soon as it has enough characters to make a suggestion, it will display relevant names.

A third way to tag a person is to click the icon in the bottom left of the status box when updating your status from your own Timeline. The icon shows a person with a + sign. When you click on that, a new field appears asking “Who are you with”? You can then start typing the names of people in your friends list. When you Post your status update, people tagged this way appear at the end of the update, saying “with [names of people tagged]”. This is effectively equivalent to “checking in” a friend (from FourSquare), and is primarily used when you want to acknowledge people who are with you (usually at an event) when you are making that update.

If you are tagging a person, you can shorten the tag to just their first name rather than leaving their whole name there. After you have selected the relevant person, press the Backspace key, and that will remove the last word in the tag (so for people with multiple surnames or with middle names, you may need to press backspace a couple of times to leave only their first name). You cannot shorten their first name, though – that must be left intact.

Google+ does enable you to tag people and pages in status updates as well. However, rather than the “@” symbol, you need to type the “+” symbol to trigger the lookup. And unlike Facebook, Google+ retains the + symbol in front of the link… just to be different!

I originally published this on rosnf.net on 13 July 2012